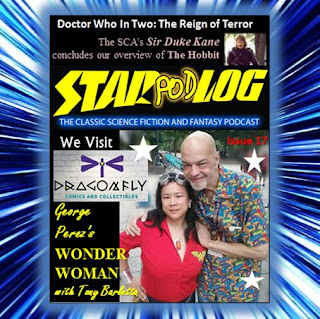 Find out what's up with Dragonfly Comics & Collectibles, the fun new comics store in White House, TN. Dragon Con's Tony Barletta joins us to talk about George Perez's Wonder Woman. ShadowCon's Sir Duke Kane helps conclude our overview of The Hobbit. Plus, the latest news in the geek world and our upcoming cons! 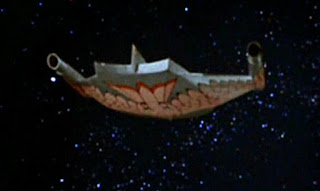 Our first glimpse of the Romulans on Star Trek was in the episode "Balance of Terror", a brilliant episode which gave us so much to study. The Romulans were, and still are, a very complex race. On the surface, they had pointed ears and slanted eyebrows to match the Vulcans. And yet,  they were so different from the Vulcans in character. The Vulcans are logical, unemotional, and worship peace above all. The Romulans are warlike and emotional. 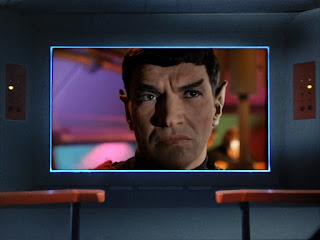 In the episode, the Romulans pulled a sneak attack on several Federation outposts, with the Federation not even knowing who had attacked them. Of course, they did have their suspicions. The outposts were bordering the Romulan Neutral  Zone, so it was reasonable to assume it was the Romulans.  The Romulans had been silent for over a century and now suddenly appeared with a powerful energy plasma weapon and a cloaking device, giving them a weapon of ultimate destruction and a weapon of ultimate stealth. No one could see them coming until they were ready to fire their weapons, and then it was too late. Yet, they had no warp drive, thereby showing to Kirk and crew that they were not invulnerable. They did not have the most advanced technology in every way. They made up for their slower ships by utilizing power and subterfuge, while the Enterprise could use speed, backing away from the plasma energy blast, to null the effects of the Romulan plasma weapon. With both sides having their strengths and weaknesses, playing cat and mouse in what seemed like an even match, it was a long match of wits, before one side was able to claim a win.
Most of the episode followed the Enterprise crew, but the few scenes we got to see on the Romulan ship were very telling and highly relevant to the story. There were noticeable parallels between the Enterprise crew and the Romulan crew. The most obvious being that Captain Kirk was similar to the Romulan Commander. They were both good, seasoned leaders who didn't want a war between their two factions. They knew the death toll for war would probably be high on both sides. The Commander seemed much more contemplative than just a man of action. He was analytical and thoughtful. He knew it was wise to "study the enemy, seek weakness". Kirk was also being contemplative and using strategy. As the Commander stated at the end, they could have been friends in another life. It's really unfortunate that they didn't get to converse with each other until the very end, for if Kirk had known the Commander was as reluctant as he himself was to start a war, they may have come up with a way to prevent it without any loss of lives. Kirk confided in McCoy, asking him what if he made the wrong decision.  In the same vein, the Centurion was the one the Commander confessed to that their mission would be "successful" by defeating the Federation ship and bringing on a war that he didn't want. Both leaders had their trusted advisor whom they were glad to have at their side. 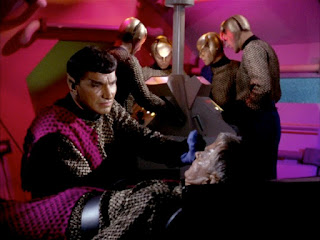 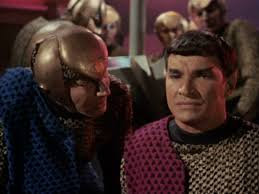 The Enterprise's Lt. Stiles was like the Romulan, Decius, as they both represented the negative side of their respective races. Stiles' bigotry was fed by the loss of his relatives in the previous Federation/Romulan conflict over a century ago, and was further fueled upon learning that Romulans had pointed ears and slanted eyebrows like Vulcans. He hated Spock for no other reason than the fact that he was an alien. He encouraged Kirk to destroy the Romulan ship as Decius encouraged his Commander to destroy the Enterprise. Both Stiles and Decius were arrogant and questioned their superiors' orders. Seeing the interactions of both ships reminded the viewing audience of how similar we all are, and how someone we think of as the enemy is not so different as we would like to believe. Stiles was redeemed at the end by Spock saving his life. If someone who carried as much hatred as Stiles could have a change of heart, then maybe it could have been possible for the Romulan crew, if they had survived.

The Centurion died when the Enterprise's phaser hit the Romulan ship. The Centurion’s death was foreshadowing of what would happen to the rest of the Romulan crew. He was the first Romulan to die in this episode. Fitting, as he was probably the oldest. But he was the Commander’s most trusted advisor and friend. His death seemed to signify the coming deaths of the entire crew, for their most experienced soldier was gone. It was also a death that let the Commander know how serious this battle was, and that their advanced technology would not make them the easy victors they had thought they would be with their new technological advances. In the end, he kept his pride by destroying his ship and not letting himself and his crew be taken as prisoners.
From the beginning of the episode, the Romulans were the ones who crossed the Neutral  Zone and entered Federation space, literally crossing the line that had previously been agreed upon by both sides. Destroying Federation outposts, they were the overconfident aggressors, thus laying the groundwork for future storylines with the Romulans. Later Trek stories about the Romulans on screen, in books, and in fan fiction have depicted them as a race full of military and political intrigue. Always the smug, strategizing people, they have been one of the enduring races of Trek, both as adversaries and, in some stories, as unlikely allies.
-by the Honorable Kavura 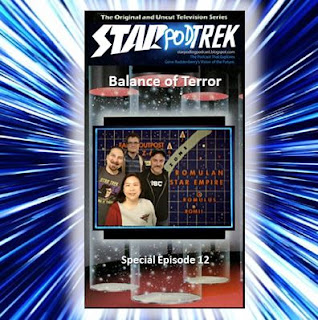 Here it is - The introduction of the Romulans on Star Trek! Modeled after the ancient Romans, they are creatures of duty. See their cool Bird of Prey ships before the alliance with the Klingons, and before the bumpy foreheads and shoulderpads. Catch up on their culture before they landed on the new Picard series. Hey, is that Spock's dad?! We bring you our discussion of one of our favorite episodes of all time!!
https://www.theromulanwar.com/
Topics geeky, sci-fi, Star Trek, TOS, Romulans, Balance of Terror 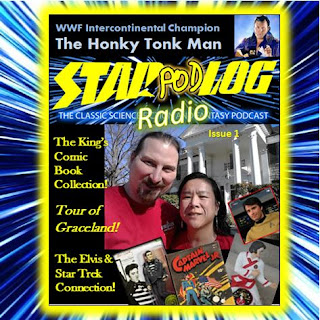 Welcome to the first episode of StarPodLog Radio! Music is eternal. It is a huge part of our lives, providing companionship during both happiness and sadness. StarPodLog Radio will discuss how music and various musical artists affect our lives and how they have permeated and filled the geek world in a unique way.

We begin with The King himself - Elvis! He was a paragon of music with style and talent that will never be forgotten. Our blue suede shoes are all shook up!