Listen to our review of the Star Trek articles in Starlog magazine issues 3 and 4. Learn all about the Bicentenniel 10 Star Trek convention in New York in 1976 and what the actors and the fans loved about it!

How To Have Fun When Your Favorite Convention is Canceled

Dragon Con is a large sci-fi/pop culture convention held every year in Atlanta, GA. Typically topping off at 85,000 people, it’s the largest con in the southeast. Star Trek has always had a large presence at Dragon Con. The con organizers decided to go virtual this year, due to the Covid-19 pandemic. It was called “Virtual Dragon Con”. Even though the con went virtual, my husband Nayr & I decided to go to Atlanta during the weekend that Dragon Con would’ve been, & what an adventure we had! 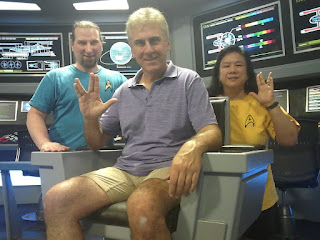 We visited Ares Studios, the home of the Axanar set. Trek fans may remember the fan film “Prelude to Axanar”, which was filmed in California, and had the late Richard Hatch as Klingon Commander Kharn. The set was moved to Atlanta in 2017. Alec Peters, creator of Axanar, took us inside the studio to see the bridge set. We got to sit at all the stations, touch the displays (which actually lit up!), & take pictures! The LCARS displays were full of Easter eggs, such as “Ludicrous Speed!” Being Trek collectors, we were able to acquire quite a lot of Axanar merchandise as well. 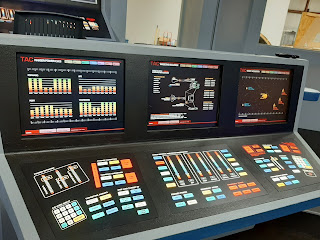 The fan film “Star Trek First Frontier”, made in Atlanta, was to be shown at Dragon Con this year. The film focused on Robert April, captain of the Enterprise before Pike. The prop-builders for this film, Scott Lyttle & Matt Green, showed us a model of the shuttle bay used in the film. It was big enough to fill a whole dining table. The model was super cool, with four walls with numerous openings allowing peeks inside. There were 2 shuttle crafts that fit inside. Keeping in line with the naming convention of Trek’s shuttle Galileo, the shuttles were named “Tyson” after Neil deGrasse Tyson & “Sagan” after Carl Sagan. Scott & Matt also made an 11-foot Enterprise model for the same film that was displayed at Dragon Con 2016. 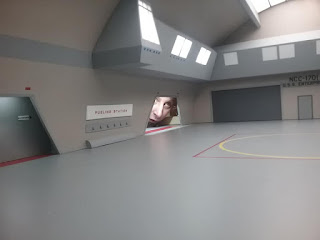 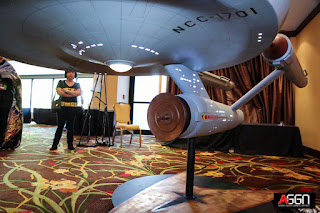 During the times we got a break and got back to our hotel room, we watched Virtual Dragon Con (which everyone is able to subscribe to via www.dragoncon.org). A panel that we submitted, “The State of Modern Star Trek on CBS All Access” was part of the programming. We watched a few classic panels, like the one with Carrie Fisher & the one with Stan Lee. The new “Orville v. Trek” panel was a joy to watch. One of the most popular Dragon Con events, the parade, was also virtual. They asked fans to submit a video for the parade a month before, so we had submitted a video of ourselves in Star Trek: Picard uniforms. Viola! The whole parade was very cool with eye-popping costumes!

There was lots of fun to be had in Atlanta, both virtual and real! 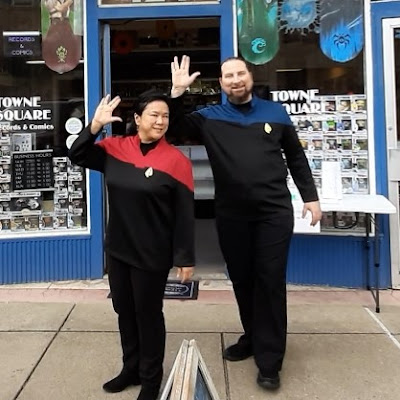