Here we discuss Starlog magazine issues 3 and 4 from 1977! What a great magazine for sci-fi fans!

The Little Con That Kept Going

Did you know there was an in-person comic con in Huntsville, Alabama? Well, we did, and we are so glad we attended! Huntsville Comic & Pop Culture Expo 2020 was at the Von Braun Center in Huntsville, AL, the same place where we attended the con last year. We were planning to go to this con before the pandemic started. Once the pandemic of Covid-19 happened, a lot of things for the con changed. It moved from April to July. The main Star Trek guests, Gates McFadden and Marina Sirtis, canceled. In fact, all of the “main” guests, aka actors, canceled. But there were still a few guests signing autographs and doing panels. The most notable guest was renowned X-Men comic book writer Chris Claremont. Trek fans know him as the writer of Debt of Honor, a well-crafted Star Trek graphic novel about Klingons, Romulans, and Feddies. Oh, my! Chris Claremont spoke very highly of Star Trek. Like many of us, he has been a Trek fan since childhood. He did a panel in which he talked about writing for Spider-Man and X-Men comics. There were also a few fan tables around, including the 501st Legion and Rebel Legion. We spoke with them, traded swag, and hung out at their cool panel where they talked about their clubs. Then, we ran into a few Starfleet do-gooders. We love running into our friends in STARFLEET International! We even made some new friends in Starfleet uniforms. We spent some time in our Star Trek: Picard uniforms and in our TOS Klingon cosplay. Yes, we like both sides! It’s our way. The aisles in the vendors room were fifteen feet apart, a result of COVID-19 precautions. We were very thankful for all the precautions. Even the panel rooms were set up with the chairs six feet apart. Fear of the spread of Covid kept many people away, but it was a fair sized con. It wasn’t too crowded, so it was pretty easy to keep our distance from people. It was a two-day con. We only spent one day there, but we were very happy with the turnout and all the good-spirited people who were there!
-by The Honorable Kavura 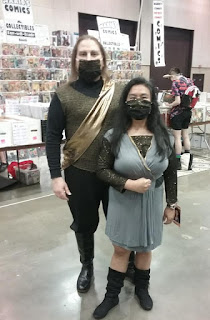 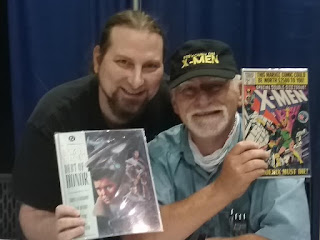 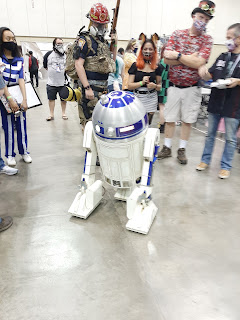 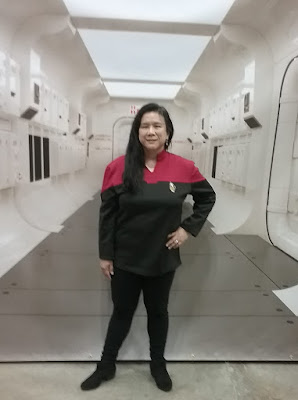 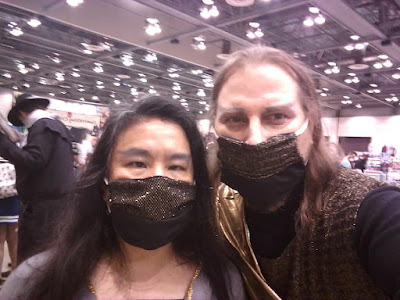 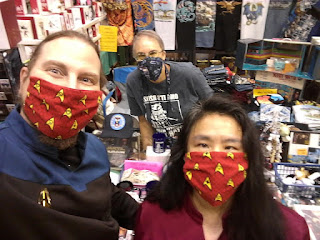